Are Autism Assistance Dogs suitable for children of all ages?

When should an Autism Assistance Dog be introduced to a child with autism? 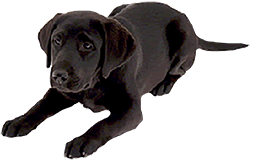 These questions, coupled with an increase in interest by families in acquiring a dog for their child and ASD researchers attempting to assess the effectiveness of dogs in support of a child and family. However, it is not yet possible to conclusively state that assistance dogs (also called service dogs) are effective companion for a child with ASD, let alone make recommendations as to the desired characteristics and training of dogs or suitable child and family characteristics (e.g., child age, level of functioning, behavioural issues; family type and dynamics). This is because the studies published to date have many limitations.

There are, however, some preliminary findings that can be gleaned from the available studies.

It seems that children with ASD can get attached to dogs and that the presence of a dog can lead to reduced stress and anxiety levels in the child. Their tendency to ‘escape’ from home may also be reduced, because the dog may be trained to watch out for escape attempts and prevent them. Further, if the dog is allowed to sleep in the same room as the child and if the child can tolerate it, it may lead to better sleep for the child (and consequently the family). All these benefits are of great help to the child’s family and contribute to their wellbeing.

However, not all children with ASD get attached to dogs; some remain fearful or worse, if they have aggressive tendencies, may hurt the dog, which of course may lead to the dog defending itself by hurting the child. Some children also have sensory issues with a dog (being sensitive to the fur, the noises a dog makes, its smell etc). Therefore the child and dog need to be supervised closely, especially in the beginning. There is some evidence that a small dog may be better than a large dog, and a dog with a calm and patient temperament is better that a boisterous dog. In one study it was found that a dog may be an additional burden to a family already experiencing increased stress due to having to care for a child with ASD.

Some studies report that social interactions, play behaviour and communication improves when the child has developed a good relationship with a dog. However, these findings remain to be corroborated by independent observations or assessments. Only one study (Carlisle, 2014) to date has compared two groups of children with ASD, one that had dogs and the other without. There were very few differences in the level of social skills and number of problem behaviours in the two groups. But there was some evidence that the longer the dog was in the family, the better the child’s social skills and behaviour.

Encouraging indications that the presence of other animals (guinea pigs) can increase positive social behaviours in children with ASD come from another recent study by O’Haire, McKenzie, Beck and Slaughter (2013). They observed children with ASD during play sessions in school either with toys or with guinea pigs. Their social behaviour with their peers during these sessions was scored by independent observers on standardised scales. Participants with ASD were found to show more talking, looking at faces, and making tactile contacts and received more social approaches from their peers in the presence of animals, compared to toys. They also displayed more smiling and laughing, as well as less frowning, crying, and whining in the presence of animals.

The results of our recent studies are encouraging and we await further well-designed studies. Given of the scarcity of reliable evidence to date we are unable to make recommendations either for or against dog ownership in families with a child with ASD.

For those who wish to read more about the effectiveness of Autism Assistance Dogs (or other animals) we recommend the following articles: