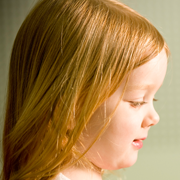 Studies at OTARC and elsewhere have shown that infants and toddlers show early signs of ASD, which can be observed from the first year of life. These are first characterized by a lack of attention to social stimuli, and usually progress into clearer ASD symptoms throughout toddlerhood and the pre-school years (Clifford & Dissanayake, 2008). Similarly, studies investigating the early development of restricted and repetitive behaviours (RRBs) in children with an ASD have highlighted that certain RRBs are present in toddlerhood, with others becoming more evident over time (Leekam et al., 2011). These early symptoms are now used for the early identification of ASD in infants and toddlers.