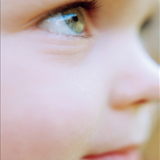 Since beginning research on the early identification of Autism Spectrum Disorders back in 2005 as part of my PhD program, the Social Attention and Communication Study (SACS),  I was often asked “What’s the point of identifying children at 2 years of age or younger if there are very few or no services for them?” You see, back in 2005, there wasn’t the Helping Children with Autism Package for families of children on the spectrum (aged 0 – 7), or intervention programs like the Early Start Denver Model – the first intervention model with strong empirical evidence for its effectiveness in infants, toddlers, and preschoolers with ASDs. So, at this time, many families had to wait on long waiting lists for early intervention services, as long as 18 months in some cases, to receive a few hours a week of services!  It was therefore difficult to convince some people, both in the public and private sectors, of the importance of early detection and subsequent intervention.

Our argument at the time was that being placed on a waiting list earlier than would usually be the case meant that these children would still receive services earlier than if they were detected and diagnosed later. However, and most importantly, an issue that was, and still is, often overlooked is the impact that early detection, diagnosis, and the knowledge that is gained from this, can have on parents – the knowledge that the difficulties and differences they see in their child are a result of a biological, neurodevelopmental disorder, and NOT because of “bad parenting”, “being overly anxious”, or immunising their child; and that the comments and criticisms that many parents often receive that “she’ll grow out of it”, “you’re worrying for nothing”, “just wait and see and he’ll be fine” are just not true. There IS something different about their child, and there IS something that they can do to help him or her reach his or her potential. These parents need someone that can have this conversation with them, and the expertise to direct them to the right services.

So where should this conversation begin? In Victoria, when parents attend their Maternal and Child Health (MCH) centre for routine check-ups of their child, the MCH nurse monitors the child’s overall health and well being, and the progress of developmental milestones, including social attention and communicate difficulties – the “red flags” of ASD. These include flags such as: reduced eye contact or social smiles, not responding to their name, not pointing or showing objects to their caregivers to direct their attention to things they find interesting, not playing with their toys as they are intended, or engaging in pretend play. If a parent raises concerns, and/or their MCH nurse notices some absent social attention and communication skills, the conversation about possible reasons for this should start here. And this is where we feel the best research on the early identification of ASDs can, and has been, conducted. As part of the SACS, we have previously monitored over 20,000 babies in an MCH developmental surveillance program for the early signs of ASD from 2006-2008; 81% of all children identified by their MCH nurse as “at risk” for ASD were diagnosed with ASD by age 2, which was achieved with high sensitivity – that is, most children with ASD were picked-up through our MCH surveillance program. We are currently attempting to further improve the accuracy and sensitivity of our developmental surveillance program for ASDs through MCH centres in 8 Local Government Areas: Bayside, Banyule, Boroondara, Hume, Kingston, Knox, Moonee Valley, and Nillumbik. This new program of research, the Social Attention and Communication Study-Revised (SACS-R), is part of the new Autism Cooperative Research Centre and involves the training of our already very skilled MCH nurses on the early signs of ASD.  This program will now be replicated in New South Wales, Queensland and Western Australia, where the trained primary healthcare professionals will refer children for a comprehensive developmental assessment if they, or the parents, identify concerns about a child’s social attention and communication development.

The SACS-R program will be implemented for the next 3 years, and, in the process, will facilitate conversations between parents and their primary health care professional – what is different about my child’s development, and what can I do about it? For parents, just having a place to go where professionals are willing to listen and not dismiss their inherent concerns about their child’s development has an enormous impact on their mental health and well being, and positive impacts on their child’s development and future outcomes. We are currently charting these outcomes at OTARC.