The Influence of Bedding and Sleep Hygiene Factors on… 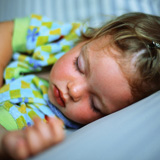 Late last year 96 primary caregivers of 101 children aged 2 to 5 years (average age 4 years) participated in an anonymous survey titled ‘Bedding, Diet and Sleep in Children aged 2 to 5 Years’. The survey was funded by Australian Wool Innovation.  The following is a summary of the main findings.

As expected, younger children slept more than older children.  On average caregivers reported that they would like their child to regularly get 10-11 hours sleep. According to caregivers, children’s average daily sleep (including naps) was about 11 hours, except for children with ASD and a sleep problem who averaged 9.5 hours sleep. The recommended amount of sleep for 2-5 year-old children (including naps) is 11-12 hours, with younger children needing more sleep.

Nearly half of caregivers reported poor sleep quality on the caregiver sleep questionnaire, and caregivers of children with a sleep problem tended to have poorer sleep.

Relationships between children’s sleep and a range of demographic and environmental factors that may be associated with children’s sleep quality (CSHQ total score) or daily hours that children slept were examined.

Caregivers who worked part- or full-time tended to report that they had better sleep quality. Children whose primary caregiver worked either full- or part-time or had post-graduate qualifications were somewhat more likely to have better sleep quality than other children.  It is unclear why this occurred but it may be that these primary caregivers have to follow daily routines more strictly to fit everything into their day. Regular daily and bedtime routines can assist in promoting better sleep.

Children’s sleep was not associated with night meal times or drinks before bed, meal composition, special diets or dietary supplements.

There was a tendency for children who slept under a synthetic doona to have poorer sleep, and for children who slept under a woollen doona to have better sleep.  However as children slept under a range of bedcovers also including woollen blankets, cotton blankets and feather doonas, there was only a small number of children using each kind of bedcover so these findings need to be considered with caution. The properties of different fibres may affect sleep quality due to the fibre’s ability to help regulate bed and skin temperature during sleep, but more research is needed.

The results of this survey have been presented in a report to Australian Wool Innovation. The results may be reported at conferences or published in scientific journals, and may be used to inform future research.

Thank-you to everyone who participated in the survey, research such as this cannot proceed without you, the families.